Thinness equals health and moral virtue. That’s diet culture in a nutshell. But as a fitness coach, like a Certified Personal Trainer or Yoga Instructor, you’re probably familiar with how misguided diet culture beliefs are.

For one, the relationship between body weight and health is far from straightforward. For example, many obese people are healthy, and many thin people are not. Also, the correlation between being fat and having certain chronic health conditions (e.g., cardiovascular diseases and type 2 diabetes) is generally mediated by other risk factors, including poverty and the social stigma that keeps obese people from getting the health care they deserve.

But many of your clients may not know that. In fact, they may have started exercising solely to lose weight, believing that only weight loss would improve their health (and, in some sense, their self-perception).

What’s one way you could help clients shed this unhelpful and harmful mindset? Answer: Educate them on how exercise could make one healthier even without weight loss.

In the past, scientists have attributed exercise’s positive impact on metabolic health to weight loss. In other words: Exercise equals weight loss, translating into things like lowered blood pressure, triglycerides levels, and cardiovascular disease risk.

But recent research suggests that exercise may exert independent, positive effects on metabolic health—regardless of whether someone’s lost weight.

A 2021 review of hundreds of studies investigating the relationships between fitness, weight, heart health, and longevity, for example, found that obese people typically lower their risks of metabolic disorders and premature death far more by improving their fitness levels than by losing weight or dieting.

Metabolic health: Overweight and obese individuals with significant health issues (e.g., high blood pressure, poor cholesterol profiles, or insulin resistance) showed considerable improvements after they started exercising—whether they dropped any weight or not.
Premature death: As a whole, the reviewed studies show that sedentary, obese individuals who begin to exercise and improve their fitness can lower their risk of early death by as much as 30% or more, even if they don’t lose any weight. Notably, this puts them at lower risk of premature death than individuals considered „normal weight“ but physically inactive.

Past studies are on the same page—also highlighting exercise’s numerous benefits to metabolic health (e.g., pro-inflammatory markers and blood lipids levels) that occur independently of changes in body weight.

As for how exercise promotes better health, there are two leading theories:

“Remakes” fat stores: Visceral body fat (also known as “hidden” fat) is stored deep inside the belly, wrapped around the organs, like the liver and intestines. It’s a known risk factor for type 2 diabetes, heart disease, and other metabolic conditions. Exercise appears to lower an individual’s visceral body fat—even if their overall weight loss is negligible.
Fat cells molecular signaling: Exercise seems to alter molecular signaling inside non-visceral fat cells in ways that may improve insulin resistance (a risk factor for type 2 diabetes and cardiovascular disease) regardless of the weight someone carries.

Research shows that adults who do not perform resistance exercise lose nearly five pounds of muscle every decade before fifty years old and up to ten pounds every decade after that. This muscle loss, in turn, brings about a slew of wide-ranging, adverse effects:

Take, for instance, this 2019 study. Here, researchers examined more than 1,200 MRI brain scans of participants with an average age of about twenty-nine. The participants first completed a two-minute walking test (designed to measure their endurance) and then took a cognitive test.

The results? Higher levels of endurance were positively associated with higher scores on the exam.

And there’s more: Researchers also found visible differences between the brains of “fitter” and “less fit” individuals (which is thought to improve brain health and cognitive performance). Specifically, those who exhibited higher endurance levels had more brain white matter.

To understand the significance of that, it’ll be helpful first to know what brains are made of:

If it makes things easier, you can think of the brain as a computer system. The gray matter is the computer, while the white matter is the cables that connect everything to transmit signals.

Now, back to the 2019 study. Scientists believe that fitness may boost white matter content in the brain—improving cognitive functioning.

This is supported by an older meta-analysis on the effects of exercise on the brain, which found that fitness enhances memory, boosts cognition, improves learning speeds, and increases brain volume.

In addition, recent studies have also shown that people who exercise are at a lower risk of developing cognitive impairment from Alzheimer’s and dementia.

There are many benefits to engaging in sexual intimacy in a supportive relationship. Higher rates of sexual activity are linked to positive effects like reduced stress, lower blood pressure, greater intimacy, and even a lower divorce rate.

So, where does exercise come into play? Find the answers below:

Lower risk of erectile problems: In men, regular exercise is associated with a lower risk of erectile problems. For instance, in this study, sedentary middle-aged men assigned to participate in a vigorous exercise program for nine months reported more frequent sexual activity, improved sexual function, and greater satisfaction. Those whose fitness levels increased the most experienced significant improvements in their sex lives.
Increase women’s sexual desire, arousal, and satisfaction: Research has found that women who’re physically active report greater sexual desire, arousal, and satisfaction than those who’re sedentary. For example, this study found that young women who did intense cycling for twenty minutes and then watched an X-rated film showed greater physiological sexual arousal than participants who did not exercise before seeing the film.
Boost self-esteem: Those who exercise are more likely to perceive themselves positively and feel that they’re more sexually desirable, leading to better sex.

Exercise can also act as a potent mood booster by:

Releasing neurotransmitters involved in a positive mood: That euphoric feeling people get post-workout can be (primarily) traced back to the release of three neurotransmitters: endorphins, endocannabinoids, and dopamine. Endorphins block pain and increase sensations of pleasure; endocannabinoids are thought responsible for the feeling of calm euphoria (like that of „runner’s high“), and dopamine is known to provide an intense feeling of reward.
Relieving stress: By reducing levels of stress-related hormones like cortisol and adrenaline, exercise also acts as a potent stress reliever. Better still, exercise’s stress-alleviating effects aren’t simply short-term. Instead, it appears that individuals who engage in regular physical activity may also be better able to deal with everyday stressors. According to a 2015 study, for example, researchers found that participants who completed thirty minutes of moderate-intensity exercise were much more resilient to an acute stressor than those who did not exercise. In the long term, this may lower the risk of autoimmune disease.
Promoting better sleep: Sleep and mood are closely connected. Those who are sleep-deprived often report increases in negative moods (e.g., anger, frustration, irritability, and sadness). On the other hand, adequate, quality sleep enhances well-being. Although several factors affect sleep quantity and quality, an individual’s level of physical activity appears particularly influential. For instance, a 2017 review of thirty-four studies concluded that exercise—regardless of the type—can improve sleep equality and duration.

Beyond improving mood, exercise can also play a crucial role in the prevention—and treatment—of various mental health disorders, including:

Depression: Studies repeatedly show regular exercise helps manage depression symptoms, with the most significant benefits being higher self-esteem, better life satisfaction, and fewer negative thoughts. Exercise is thought to decrease depressive thoughts by increasing levels of brain-derived neurotrophic factor (BDNF), an important protein in the brain responsible for learning and cell growth.
Generalized anxiety disorder: According to a 2018 review, exercise could be a viable treatment method for anxiety disorder, with researchers noting that higher intensity workout regimens could potentially be more beneficial than lower-intensity ones.
Bipolar disorder: In addition to traditional treatment methods (e.g., antipsychotic medications and psychotherapy), research shows that regular physical activity may help reduce shifts in moods and promote an improved sense of well-being in individuals with bipolar disorder.
Obsessive-compulsive disorder (OCD): A regimented exercise program is a popular alternative treatment method for OCD—and for a good reason. In a 2017 study involving fifty-six adults with OCD, researchers noted a significant reduction in OCD symptoms following a twelve-week aerobic exercise program. In addition, they found reductions in feelings of depression and anxiety, two other symptoms common in individuals with OCD.
Post-traumatic stress disorder (PTSD): Studies suggest that regular physical activity can help reduce PTSD symptoms in several ways, including desensitizing one to internal arousal cues, enhancing brain function, regulating levels of stress-related hormones, and promoting neuroplasticity.
Attention deficit hyperactivity disorder (ADHD): Research suggests that exercise could serve as an excellent complementary treatment—in addition to medications to promote concentration and reduce impulsive behavior—for ADHD. Specifically, exercise has been shown to help regulate dopamine levels in the brain, boost executive functions, and improve attention in children and adults with ADHD.

In the world of diet culture, thinness and health are the same.

It frequently touts exercise as a way to “off-set” consumed calories, or that exercise could be used to “earn” food. Imaginably, clients who prescribe to diet culture beliefs are at increased risk of… 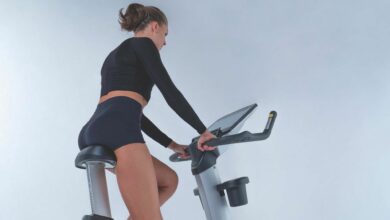 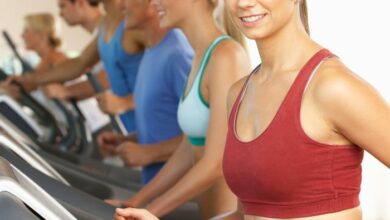 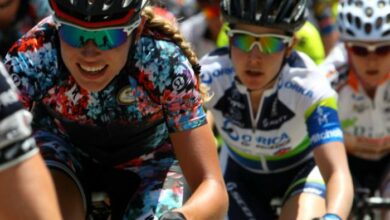