Your client is now pregnant—and perhaps fears that continuing with their personal training sessions may injure themselves or harm their unborn baby. What now?

As a fitness professional (e.g., Certified Personal Trainer or Pilates Fitness Instructor) familiar with the benefits of exercise during pregnancy, you may be eager to immediately assure your client of the safety of engaging in prenatal physical activity.

Well-intentioned, of course, but it’s not necessarily the best first course of action.

Instead, you should acknowledge your client’s fears, then encourage them to seek clearance for exercise from their healthcare provider. A health practitioner will be able to thoroughly screen for medical issues, including gestational hypertension, preeclampsia, and ruptured membranes, that would prevent your expectant client from safely exercising.

Beyond helping you obtain the all-important Medical Clearance Form, the medical evaluation could also, to a certain degree, alleviate the concerns your client had about physical activity during pregnancy.

It will also serve as the perfect backdrop for kick-starting the conversation on physical activity’s potential benefits to both maternal and fetal health.

Reduces the Risk of Pregnancy Complications

During a healthy pregnancy, your client gains weight as the baby grows. This is normal—and necessary.

Take, for instance, this 2011 study published in BMC Pregnancy Childbirth.

Researchers randomly assigned sedentary, pregnant participants to either an exercise group or a control group. The exercise program consisted of supervised strength training and aerobic dance for sixty minutes, twice per week for twelve weeks, with an additional thirty minutes of self-imposed physical activity on the non-supervised weekdays.

The results? Those who attended all twenty-four supervised exercise sessions stayed within the Institute of Medicine’s weight gain guidelines, compared with only 62% of the control group.

Physical activity during pregnancy doesn’t only help with better weight management, either:

Gestational diabetes: Multiple studies have shown significantly lower glucose levels on the 24- to 28-week oral glucose tolerance test in physically active women. Much like how exercise may prevent or delay type 2 diabetes, research also suggests that physical activity could be used as an intervention to treat gestational diabetes. For example, according to a 2010 study published in the American Journal of Obstetrics and Gynecology, individuals diagnosed with gestational diabetes at twenty-four to thirty-four weeks of pregnancy who performed resistance exercise were less likely to require insulin during the remainder of their pregnancy as compared with those with gestational diabetes in the control group.
Hypertension and preeclampsia: Gestational hypertensive complications are less likely in people who are physically active before and during pregnancy. According to a 2017 study published in the Maternal and Child Health Journal, pregnant individuals who spent the greatest amount of time active had a 42% reduced risk of preeclampsia relative to the least active—in line with numerous studies observing exercise’s protective effect on the development of preeclampsia during pregnancy.

Lowers the Odds of Delivery Complications

Being afraid of childbirth is very common, especially among people pregnant for the first time.

Thankfully, it appears that improved aerobic fitness, along with stronger abdominal and pelvic floor muscles thanks to physical activity during pregnancy, helps:

Shorten the duration of labor: According to a 2018 study published in The European Journal of Obstetrics and Gynecology and Reproductive Biology, pregnant individuals who exercise just three times a week throughout pregnancy spent up to ninety minutes less in labor than those who did not. A shorter labor duration, in turn, reduces the risk of chorioamnionitis (inflammation of the fetal membranes that can adversely impact mom and baby) and fetal distress, which might lead to an emergency Cesarean delivery (C-section).
Lower the risk of operative-assistive vaginal delivery: Although the overall rate of injury to the baby because of assisted vaginal birth (i.e., either forceps-assisted or vacuum-assisted) is low, there is still a risk of complications, including injuries to the baby’s scalp, head, and eyes; bleeding inside the skull; and problems with the nerves in the arm and face. Luckily, a client who stays physically active throughout her pregnancy will reduce the likelihood of operative-assisted vaginal delivery. A 2017 analysis published in the Journal of Pregnancy, for instance, found an association between increased physical activity during pregnancy and a less complicated delivery (i.e., either needing an emergency C-section or an assisted vaginal delivery).
Reduce the risk of Cesarean section: With a C-section, there are potential risks for the baby and the mom. For the mom, there is an increased risk of deep vein thrombosis (DVT), longer recovery time, additional surgeries (e.g., hysterectomy or bladder repair), and placenta previa, which could potentially cause severe bleeding, leading to preterm delivery in future pregnancies. On the other hand, possible risks to the baby include breathing problems and fetal injury. Emerging research also suggests that C-section babies are more likely to develop certain diseases and conditions, including asthma, allergies, ADHD, and autism, from the lack of exposure to vaginal flora.

Eases Back and Pelvic Pain

As your client progresses with their pregnancy, their growing baby puts extra pressure on their lower half, resulting in pain or discomfort in the lower back and pelvis.

While many moms recover after delivery, a small number continue living with low back and pelvic girdle pain for months and possibly years, adversely impacting their health-related quality of life (as they grapple with feelings of discouragement, isolation, and loneliness stemming from pain and limited physical activity).

Fortunately, exercise during pregnancy could help alleviate your client’s discomfort and lower their chances of living with chronic pain.

A 2018 meta-analysis of thirty-two studies published in the British Journal of Sports Medicine, for instance, found that compared with not exercising, prenatal exercise decreased the severity of low back pain, pelvic girdle pain, and lumbopelvic pain during and following pregnancy.

According to research, more than half of pregnant individuals experience poor sleep and sleep disturbances while expecting.

This is a worrying phenomenon. In addition to contributing to higher levels of fatigue, studies also suggest that poor sleep may be detrimental to the labor and delivery process.

For example, a 2004 study published in the American Journal of Obstetrics and Gynecology found that individuals averaging fewer than six hours of sleep per night during the last month of pregnancy have a significantly longer mean duration of labor and a higher rate of C-section births than those getting more than six hours of sleep. Past research shows support for this finding.

While it’s nearly impossible for your client to avoid many things that limit sleep during pregnancy (e.g., frequent urination and fetal movements), exercise could be vital to helping them get more—and better—rest.

A 2020 meta-analysis of seven studies involving 688 participants published in Asian Nursing Research, for instance, showed that exercise of four to sixteen weeks (varying according to the studies’ respective duration) significantly improved the sleep quality in pregnant individuals.

Perinatal depression could have serious consequences for moms, babies, and families. Examples include (but are not limited to):

Pregnancy complications: Untreated depression during pregnancy is associated with a higher incidence of preterm delivery, preeclampsia, and behavior disturbances in the baby at birth.
Suicide: When perinatal depression is severe, the mom’s symptoms can progress to the ideation of self-harm—and, unfortunately, suicide is the second-leading cause of death for women in the postpartum period, leading to 20% of deaths during the first year after birth.
Infanticide: Research suggests that thoughts of harming the baby occur in 41% of depressed moms versus 7% of controls. Infanticide is rare, but at least one case occurs every three days in the United States (with devastating consequences).

All these, in turn, highlight the importance of physical activity—which is known to have therapeutic effects on mood disorders—during pregnancy.

According to a 2019 systematic review published in Medicina, even a small amount of physical activity during pregnancy may reduce the severity of depressive symptoms and the occurrence of depression. The researchers also noted that exercise reduced anxiety and stress levels and improved the overall quality of life in pregnant individuals.

That said, an important disclaimer: Introducing physical activity before—or during—pregnancy will not always protect the expectant individual against the development of depression or affect its course during pregnancy.

Meaning? In line with your scope of work as a fitness professional, do not attempt to diagnose a pregnant client with perinatal depression or phrase exercise as “treatment” for their condition.

Instead, encourage your pregnant client to see a mental health professional when you deem necessary.

Physical activity during pregnancy isn’t just beneficial for the mom; research consistently shows that breaking a sweat while pregnant is good for the developing baby, too, and is associated with the following favorable outcomes during birth:

Less body fat: A 2014 study published in Obstetrics & Gynecology found that individuals who exercised in their third trimesters gave birth to babies with less body fat. More specifically, those who expended the most energy through exercise gave birth to babies with 41.1 grams less fat mass than those who exercised the least. But why is this good? Well, that’s because research suggests that infants born with a high birth weight are more likely to become obese as children.
Better heart health: There’s evidence showing that aerobic activity affects babies in the same way it helps their moms. This 2011 study, for instance, found that the fetuses of pregnant individuals who worked out at least thirty minutes a day, three days a week, had lower heart rates (a sign of heart health). Moreover, the positive effects lasted even as the babies grew older; at one month old, in addition to lower heart rates, the infants also showed better heart rate variability—a sign that their nervous systems could better control their hearts.
Enhanced cognitive development: In 2013, researchers at the University of Montreal compared the cognitive development of two groups of babies: one born to moms who had at least twenty minutes of moderate-intensity exercise (e.g., walking or jogging) three days a week, and the other to sedentary moms. The results? They found that babies born to physically active moms had more mature brain functions than those born to less active moms. Research also shows that babies born to active moms experience accelerated motor development.

Staying physically active during pregnancy is beneficial for both mom and baby. So, don’t be afraid to walk your clients through the benefits of leading an active lifestyle while expecting.

More importantly, learn to understand their concerns and assuage their fears. A crucial first step is getting them to seek medical clearance from their healthcare providers. From there, you can formulate a new fitness program that accounts for their needs. 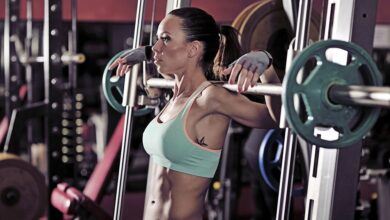 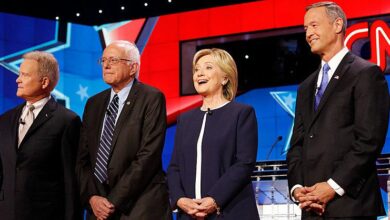 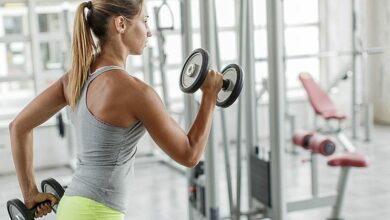 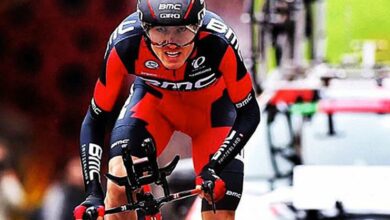